I don't know who is leaving painted pebbles on our walk but they bring me such joy. Finding a new one makes more excited than a sixty-nine-year-old woman should get over a stone! 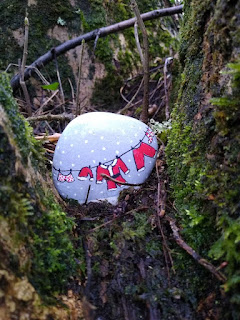 Stopped in Verdi's for a quiet cup of tea and discovered you get a free mince pie. Now I don't like mince pies but I know who man who does. Fortunately I had a handy mask in my bag for such an occasion. 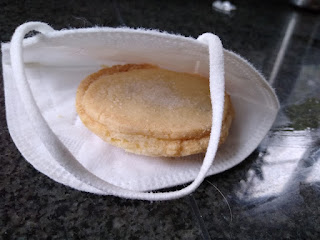 And while shopping in Mumbles the man behind the counter in one shop recognised my name and said, 'Are you the one who writes in the magazine? I always read or article.'

Could hardly get out through the door my head had swelled so much.

When I was filling our Advent calendar with chocs I discovered two drawers already had chocolates in them! I find it hard to believe that a) we didn't eat them on the due dates, and b) I didn't find them when putting the calendar away. 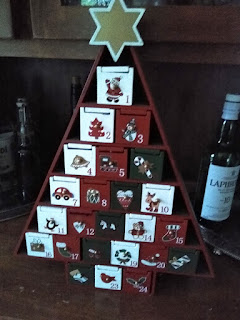 I didn't feel I could leave them in the drawers in case they'd gone off so I ate them instead.

I love "Stealth Art!" And mince pies! And surprise chocolates! Congrats on your fanboy experience!

The trouble with finding old chocolates is that they show you how much the ones on sale now have shrunk.

I love your mysterious painted rocks and the big "atta-girl" plus the chocolates - sounds like a good day.