Tomorrow I'm going to be reading a piece I wrote about Zac's during the Linden Church zoom service.

Although I've been sitting in on the zoom meetings for a few months it's the first time I'll have been actually involved so it's quite a big thing for me. Jared who's speaking asked me to read my piece to tie in with what he's saying and I was honoured and delighted to say yes.

But. There is history.

I went to Linden Church for many years. I worked as Administrator there for a number of years. But then I wrote to the leadership team saying I was taking time out. They read that as me leaving, so I did.

The reason I gave in my letter was that I wanted to concentrate on Zac's but the truth was that each Sunday morning I was looking for an excuse not to go. Not a healthy place to be, but I've enjoyed going to the zoom meetings for a number of reasons. If it gets boring I can go on FaceBook or just leave. At the end I don't have to stay and chat I can just leave. Are you starting to get the picture?

Before the funeral last week I was talking to someone who said how much they'd missed being with people since lockdown; I said it had made me realise that I wasn't awfully keen on people in general.

It was never the people as such that drove me away from Linden. One or two people maybe but on the whole they're very lovely people. It's not them, it's me.

So, anyway, that's why tomorrow is going to be quite a big day for me. Not exactly back in the fold but a step closer maybe. 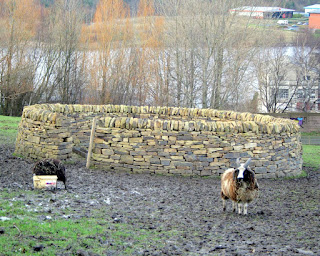 Enjoy yourself at Linden Church tomorrow! I'm sure they'll enjoy hearing about your new church family at Zac's.

And you chose the perfect photo to accompany your post!

Hope it worked out well for you.

Interesting. I apologize if this is obtuse..... but is the Linden Church the same faith or a different faith than at Zacs? If it is different..... maybe the Zac faith is just a better fit? If it is the same faith..... then I am not sure why it would feel different. But then again, it may be something I do not understand.... as my faith is the RCC.... and in how I grew up, we were always guided to see every parish as part of the whole family, even if there were surface differences..... and I guess that had felt good for me. Perhaps other denominations tend to more individualism? I am not really sure. I would love to hear your perspective if you would be willing to share.

You found just the right photo for this post.