I saw this on Debra's blog and decided to go with it. Debra got the image from ... now I can't remember her name! How bad is that? I only just came back from visiting. I do have the link though. (It's June!) 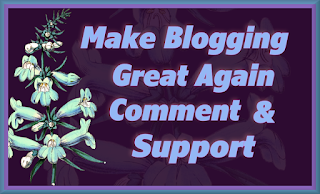 I'm off for a walk soon so I'll finish this post later! (Reminder to me: Green Book, Japanese maths, Home Alone - but not that one - in fact, now I think of it, it's probably Home Free.)

Later
Lovely walk on Caswell - I knew I should have worn my wellies. 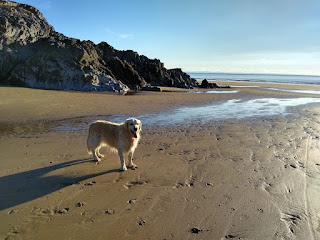 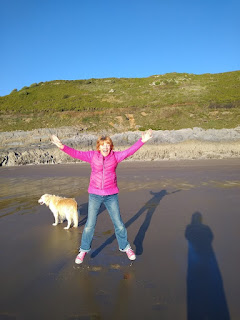 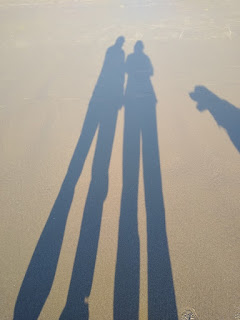 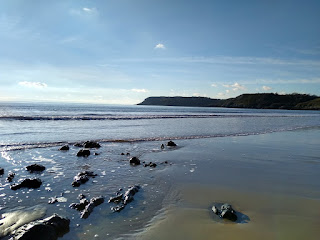 Back now and time for a little blogging with a cup of tea before i do some 'stuff'.

We watched Green Book on Saturday and very much enjoyed it. A lovely film although it is chilling to remember that racial discrimination was legal in America in my lifetime. Let us never go back to times like that.

On a lighter note I found it hard to believe that the man playing Tony Lip was my heart-throb from Lord of the Rings. 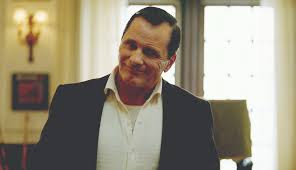 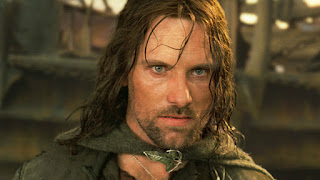 The Housekeeper and the Professor
by Yoko Ogawa

A book that has a lot about maths and baseball in it doesn't sound like my sort of book but this one was. Translated from the Japanese it's the story of a man who, following a car crash in 1975, is left with an eighty-minute memory. Before that he was a professor of maths and it's maths that keeps him alive.

The housekeeper, a single mum, is employed by the professor's sister-in-law to cook and clean for the man who each morning has to be reminded who she is. His suit is covered with notes to remind him of important stuff. When he discovers the housekeeper has a ten-year-old son the professor insists he join his mother at the house after school and an amazing friendship develops between them all but especially the boy and the older man.

It is a book that got me excited about maths.If you know me you'll be aware how unlikely that sounds but when I tell you that 28 is a perfect number maybe you'll understand ...

I didn't understand a lot of it, either the maths or baseball, but I'm still giving this 4*.

* * * * *
In her post about getting back to blogging, June commented on the number of people who used to blog but who gave up for one reason or another. Some prefer social media such as FaceBook or Twitter. Personally I do it all but couldn't manage without my blog as a container for all those thoughts that would cause my head to burst if not dumped somewhere.

June closed her post with a video of Meghan Trainor singing All About the Bass, which reminded me of this cappella version by Home Free.

Lol thanks for sharing and wearing the badge on your blog. My name is June and i am a long term blogger like yourself. I want to do more on this subject and will so keep an eye out for that. I hope we can all band together and support each other. Adding to follow you today my new friend.
Hugs June x

Hugs to you to June!

I’ll be singing that song all day!

Neither Jane nor Debra suggest a recipe for making blogging great again :-(
Nor do they suggest a measure for "greatness" :-(
Some suggest using number of hits as this measure, I don't as bots confuse the issue.

What would your recipe / measure be?

That's a crazy cover of that Meghan Trainor song, LOL! And thanks for spreading the blogging badge luuuuuv!

That's an interesting question, Stu. I'll have to think about that.

Life can be too humdrum to blog about sometimes, I think… but one lives in hope...
Meanwhile, thankyou for the music even though it'll follow me round all day!!